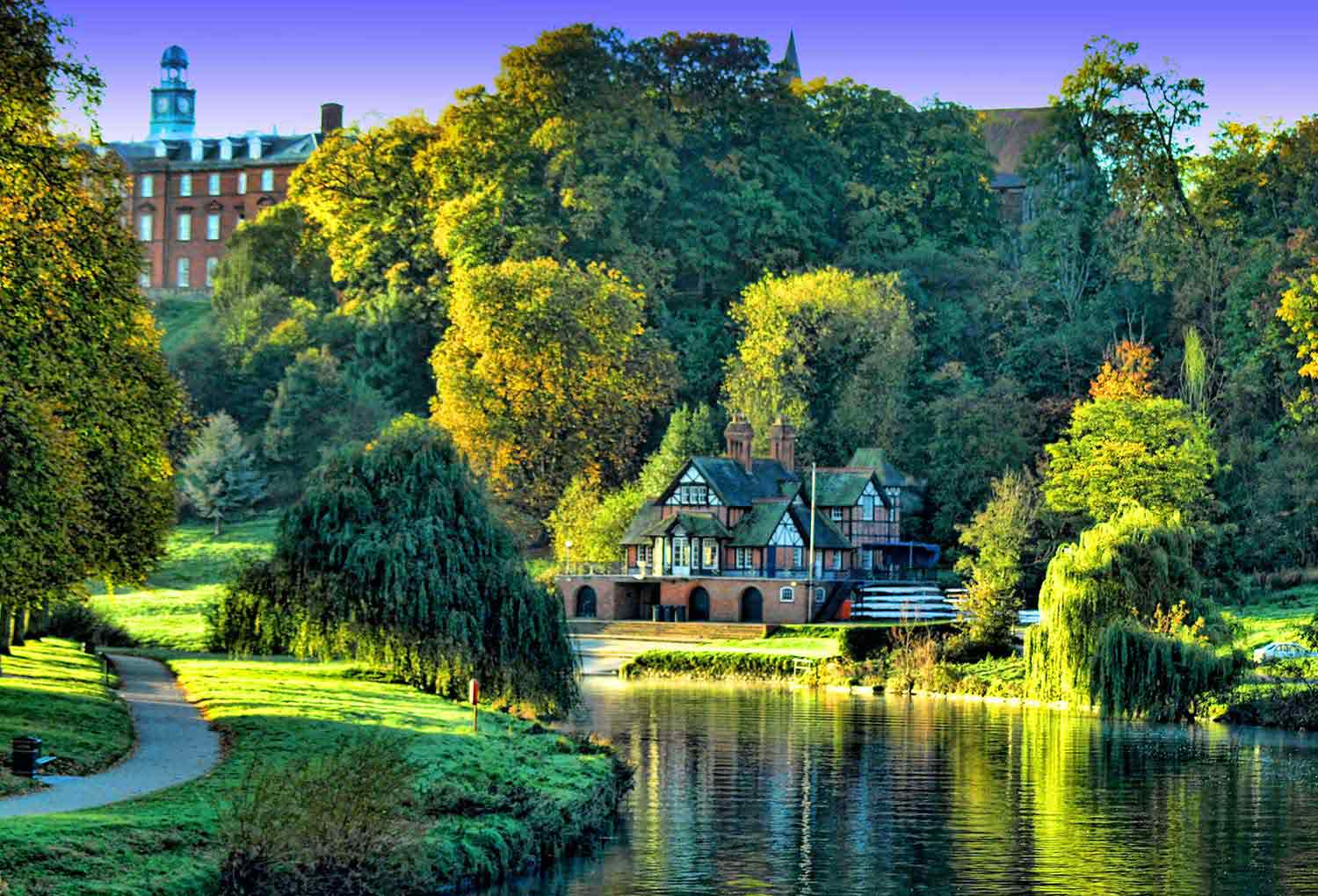 “An early Autumn Day on the River Severn” by jimborobbo is licensed under CC BY 2.0

For as long as anyone can remember the River Severn has been the lifeblood for people living in the Mid West of England and Wales. Settlers have long enjoyed her bounty. Food, energy, water, and an essential trade route that brought wealth and prosperity. Towns, once small hamlets and villages began to emerge and thrive as dominant powerhouses.

In the last two centuries our reliance on riverways has reduced. Today, many people enjoy the River Severn for recreation, such as taking river cruises or fishing. There are so many things to discover, we thought it would share with you our favourite River Severn facts.

Why is the river called the Severn?

The River Severn gets its name from the Latin word Sabrina, named by the Romans. This was eventually Anglicized to become Severn. The Welsh name for Sabrina is Hafren when translated it means boundary. This makes a lot of sense when you look at the geography, as the River Severn acts as a natural border between England and Wales.

How long is the River Severn? 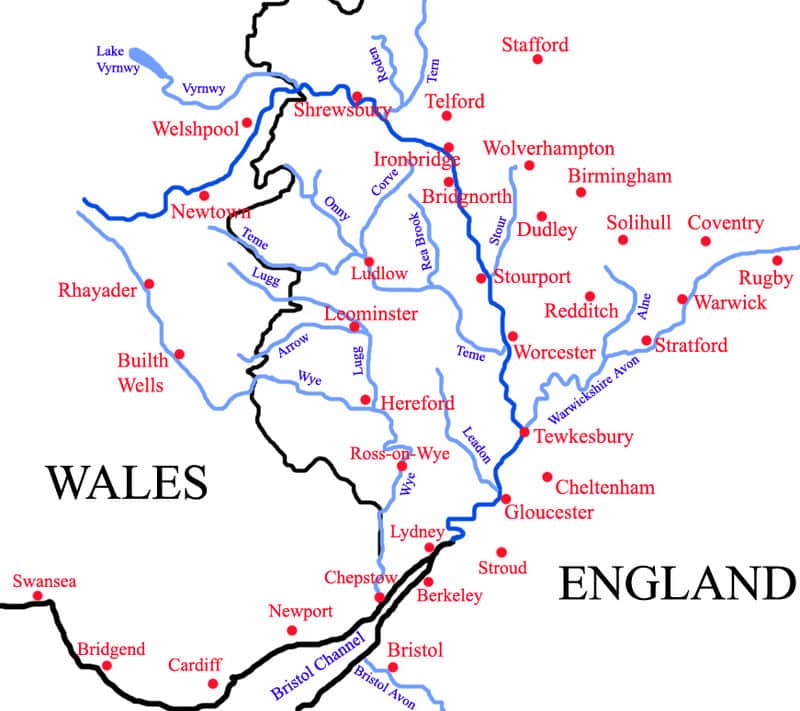 “Map of the River Severn” by ChrisJB is licensed under CC BY 3.0

Where is the River Severn Source?

The source of the River Severn starts in the Cambrian Mountains of mid-Wales. Here on the bare slopes of Plynlimon which, less than 15 miles from the Welsh coast is where she begins. At an elevation of 610m above sea level the average rainfall for this area is high (-2500mm). As you can imagine this is well above the UK average of 885mm. It’s hard to say exactly where the River Severn starts. The Severn originates as a peat bog that soaks up the rainwater; water trickles from the bog to form a small brook. The young Severn River passes through the conifer plantations of the Hafren Forest. It’s not until it reaches the market town of Llanidloes that it becomes distinct.

Are there waterfalls along the River Severn? 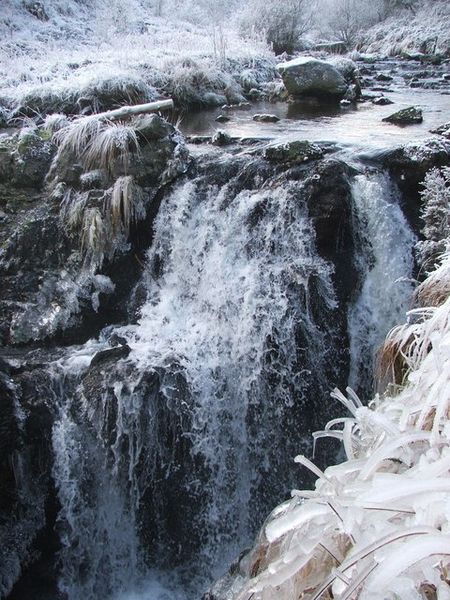 “Severn Break-its-neck waterfall During a heavy frost” by Tamasine Stretton is licensed under CC BY 2.0

If you are looking for waterfalls on the River Severn, you have to look upstream. Probably the most distinct of all the waterfalls, and certainly the first true waterfall is in the Hafren Forest. Severn Break its Neck is its name and easily accessible via a trail just outside of Llanidloes Town Centre. There’s parking nearby; to get face Llanidloes Market Hall from Great Oak Street and take Short Bridge Street directly opposite. Follow the narrow road to Old Hall and then on to the Rhyd-y-benwch car park. While walking on this route you’ll find many cascades and plunge pools that are formed as a result of the Severn carving its path through the forest.

Does the River Severn have an ox-bow lake? 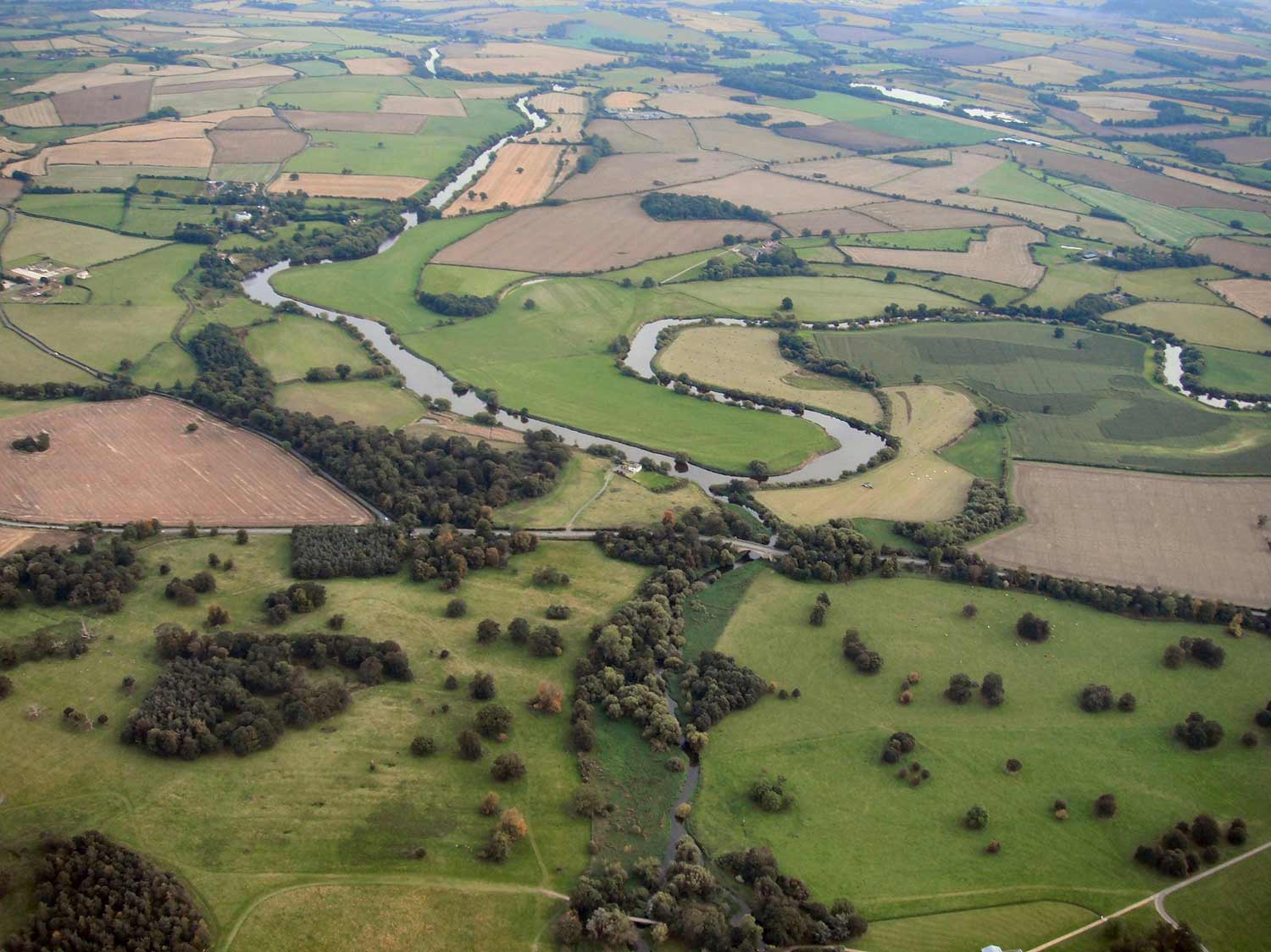 ‘A Meander on the River Severn” by fogey03 is licensed under CC BY 2.0

Are you unsure of what an oxbow lake is? You can see one in the Welsh village of Caersws just outside of the mid-Wales town of Newtown. Here the river has changed its course, creating an ox-bow lake near the River Severn. An ox-bow lake is a horseshoe-like meander. Gradually it creates a new path through erosion, leaving the old meander stranded.

What are the River Severn levels and how much do they vary?

Where does the River Severn end?

The River Severn mouth flows into the Bristol Channel creating a massive estuary which is over five miles wide. Originally called The Severn Sea, the lower estuary of the River Severn (known as Afon Hafren in Welsh) extends out to meet the North Atlantic Ocean. At its widest the Bristol Channel is over 50km (30 miles) across, separating South Wales from South West England.

What is the River Severn famous for?

“Surfing the Severn bore by Jim Nicholls is licensed under CC BY 2.0

The River Severn is famous for the Severn Bore. This is a tidal bore that surges its way upstream against the flow of the river. At the wider parts closer to the estuary the Severn Bore appears like a roller. Further up stream the bore appears as a series of waves that even advance through two weirs.

The tidal range on the River Severn is the second largest in the World. It can reach 15m (49 foot) at a speed of between 8 to 13 miles per hour.

How many tributaries does the River Severn have?

There are 21 tributaries that flow into the River Severn, these join at confluence points. Sometimes tributaries are only small trickles like at the source of the River Severn. Others are large rivers, such as the Avon. Overall, the streams and rivers that join the River Severn cover an area of 4,409 square miles or 11,420 square km.